Kris Aquino received a text message from her brother PNoy 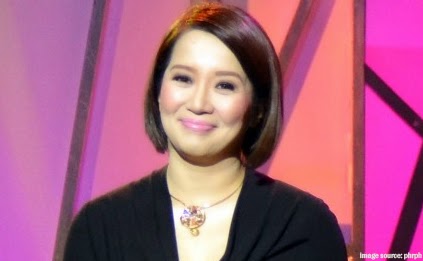 The text contents are about different characters/individuals talking in conyo.

Here's the translated version to be understood in English well, Magnanakaw means robber, holds up a victim talking in a combination of English and Tagalog. There's impeachment trial, newscaster, passengers, carpenter, taho vendor, and pulubi (beggar).

All of them are speaking in English and Tagalog combination.

To make the story short, the text message says about what if the Philippines are talking "conyo", a spanish word which is usually used for female sex organ, and now is used to define how some rich students in schools talk, a combination of English and Tagalog with a sweet tone (not so close to baby talk, there are times it could).

Kris has noted on the content that his brother is fine and even make spoof on how she talks.