Kris Aquino and Herbert Bautista still communicating based on Bimby 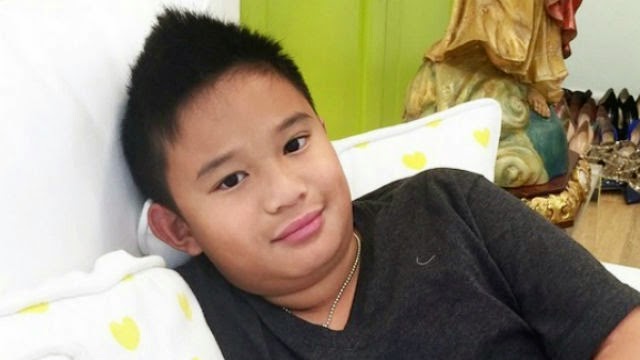 Bimby, which is now a mainstay on Kris TV show, was asked by Erich Gonzales and Isabelle Daza if he is checking the calls and messages of his mom, Kris Aquino. He responded that he knows his mom's phone's password.

Bimby, then, asked by Gonzales about who was the last person his mom called. Bimby replied Mayor Herbert (Bautista). Bimby and Daza then sang "We Are Never Ever Getting Back Together" which was popularized by Taylor Swift.

Gonzales asked Bimby if he likes Mayor Herbert. Bimby said that he (Mayor Herbert) got confused with his mother (Kris).

He also admitted that he called Mayor Herbert accidentally on phone and greeted the mayor by saying "Hi Mayor Herbert, I miss you, bye".

Gonzales asked, "you miss him?" and Bimby answered no, he just miss him for his mom.

Bimby also spoke about wanting to have Kris and Herbert to be together again but on that time he will make sure that Mayor Herbert won't be confused anymore.

Kris said before that they are better off as chum so that nobody will be hurt, and they are not yet ready for anything but friendship.