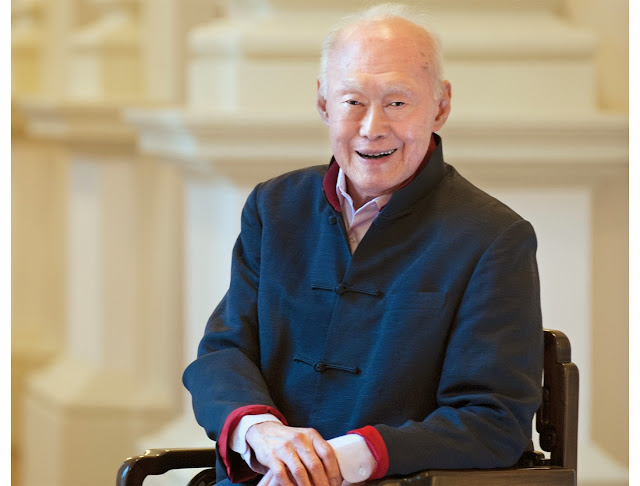 The statesman who changed Singapore from a little port city into a rich worldwide center point, has kicked the bucket at 91 years old.

Lee Kuan Yew, the city-state's executive for a long time, was generally regarded as the modeler of Singapore's thriving.

However he was reprimanded for his iron hold on force. Under him the right to speak freely was hard limited and political adversaries were focused by the courts.

A state burial service will be hung on 29 March, following a week of grieving.

His child Prime Minister Lee Hsien Loong paid tribute to him, In a passionate broadcast address.

He said that his father battled for their autonomy, fabricated a country where there was none, and did right by them to be countrymen, Singaporeans. We won't see an alternate man like him.

Mr Lee administered Singapore's freedom from Britain and division from Malaysia. His demise was declared right off the bat Monday. He had been in healing center for a few weeks with pneumonia and was in a coma.

UN Secretary General Ban Ki-moon said that he was profoundly disheartened by Mr Lee's demise. The giant of history, as what US President Barack Obama portrayed him. A uniquely influential statesman in Asia, as what the Chinese foreign ministry called him.