Celine Dion got emotional in an interview 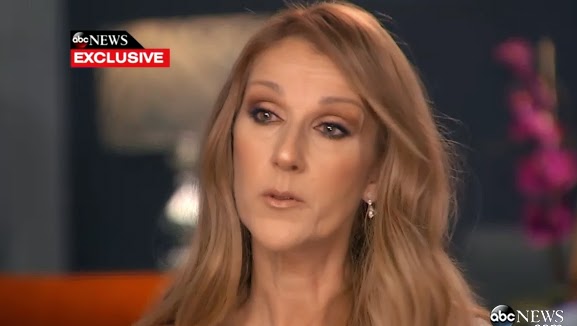 Celine Dion is emotional after revealing in an interview with Deborah Roberts, ABC News, about taking care of her husband by herself for a year.

Dion's husband, Angélil, 73 years old, has a feeding tube due to his cancer in the throat, and Dion is the one who fed her husband thrice a day.

Dion and Angélil has been married after meeting 14 years later in 1994. They have 3 kids, whom Dion has strolled through their dad's cancer fight.

She told ABC News that today, they are taking life each day by itself, but they are deciding to live.

Dion took an uncertain leave from the stage a year ago to look after Angélil after he was diagnosed with cancer for another time---second. The vocalist will continue her residency at Caesars Palace Las Vegas in late August with another act, as per her representative.

Dion is also going to have her birthday on March 30.

UPDATE: Celine Dion's husband passed away. It was hard for her due to her brother passed away in the same year. The pain is very strong on her, but she stood up as a strong woman. Continuing her life full of joy. The pain is over, and her beloved ones are well-rested.

Celine Dion supposed to have a concert in the Philippines as well but due to the concern, she needs to cancel it.

This time, Dion is back and ready to perform. Philippines is also ready for her and people are very happy about it.
Share to: