2014 BAR topnotcher: Heard the news but thought it's a joke 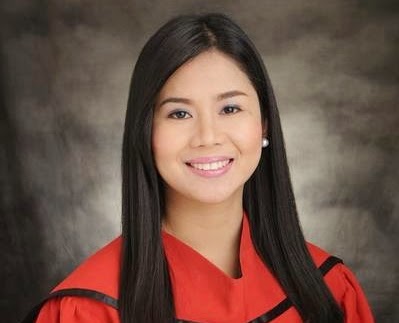 Irene Mae Alcobilla, San Beda law graduate, received the great news on Viber app, but she thought the people who told her being the topnotcher in the 2014 BAR exam were only kidding.

Alcobilla really hoped to pass the exam but did not expect to be the topnotcher.

Alcobilla said in an interview that she was surprised of the result because she thought she is not that good. The exam is difficult, but she told herself that she was be able to produce answers and she thought her answers are sensible, then she was confident she's gonna pass the exam.

She really did not expect to rank 1. Passing the exam alone even she's not at the top spot would really be fine for her but 'Good Lord', she did not just made it but won it.

If you're a humble person, you will really be lifted up.

Such an incredible story of a person who only prays to pass and with just the humility, she got the top spot.
Share to: